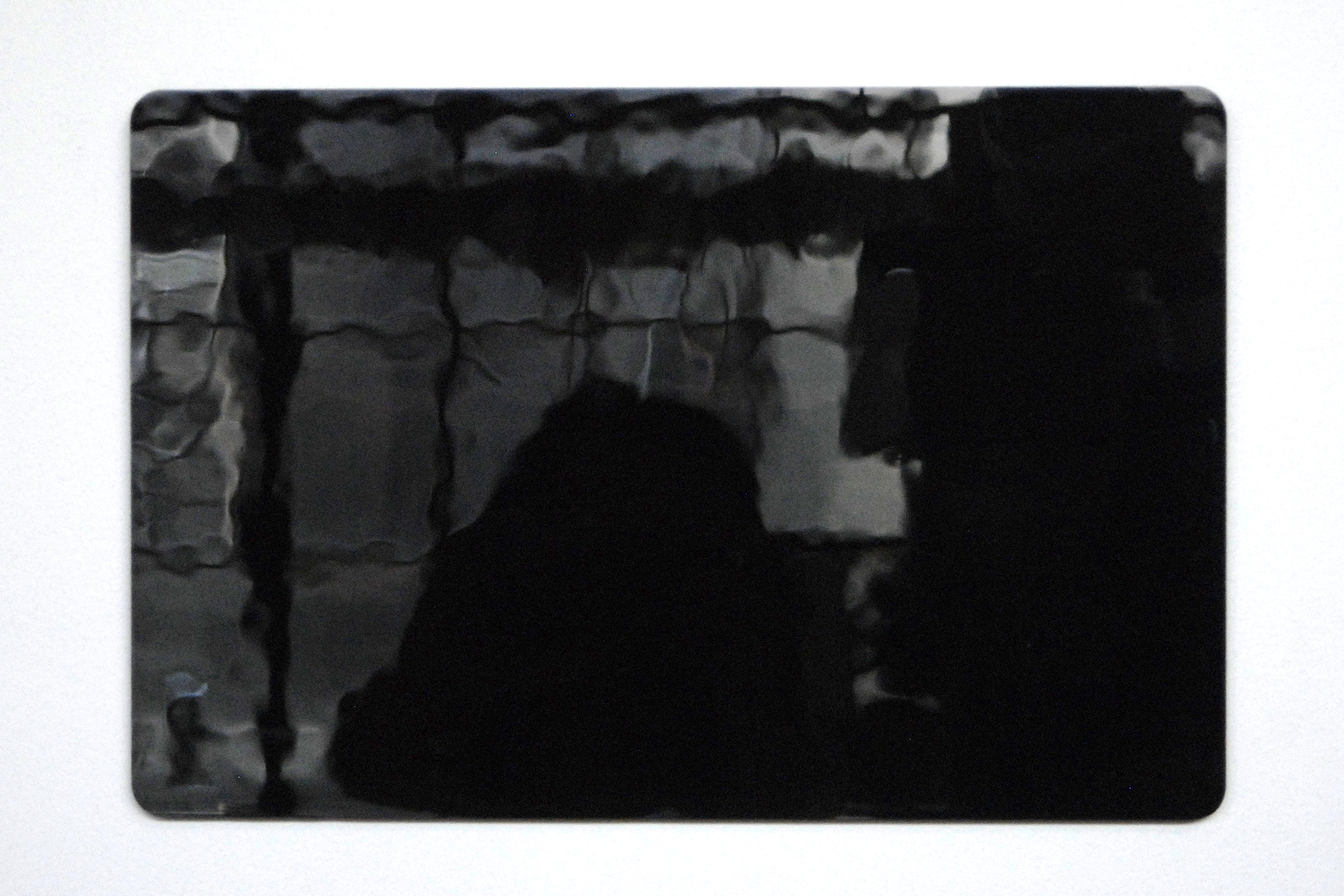 Narcissus stares longingly into his reflection, absorbed by the promise of an idealized lover: himself. As Ovid tells it, the nymph Echo calls back to him his own words, trying, in vain, to redirect his infatuation with himself towards another. Incapable of intimacy, Narcissus devotes all of his psychic energies to admiring an illusive image. When he finally tries to unite with the object of his desire, he drowns.

The myth of Narcissus, as Jacques Lacan reminds us, is not simply about the perils of loving one’s self too much. Rather, the infatuation with one’s reflection points to a far more dangerous kind of love: the love of nothing. Unable to escape from a fixation with his idealized self, Narcissus remains in the realm of the imaginary, a space of illusion and deceit that forever traps him. He misrecognizes himself in this fleeting image and succumbs to its impossibility; his infatuation with the illusory space of the imaginary is self-destructive.

As we stare at our screens day in and day out, are we not a bit like Narcissus? We meticulously build our profiles, curate our photographs, and fashion an image of ourselves whose desirability far exceeds our lived experience. We obsessively send out messages in the hopes of receiving a reply. But is the reply we seek not unlike the voice of Echo? Repeating back to us what we already feel, know, and hope to be true about ourselves, this affirmation only amplifies the idealized self-image that we have constructed and intensifies our desire to unite with it one day. Our obsession with the promise of this illusory image of ourselves leads to an addictive frenzy that ultimately serves to isolate us further. If we fall prey to Narcissus’s folly, will we not also drown in our own pathos?

The Center for Advanced Application’s Visible breaks Narcissus’s spell by reconnecting us with the true object of our desire: nothing. Opaque, reflective black glass available in familiar screen sizes, Visible is the antidote to Narcissus’s malady. No longer can we use the screen as a looking glass that reflects back to us an imaginary truth of ourselves. We must confront the emptiness of this two-dimensional surface while acknowledging our own expectations of its promise. In facing the nothing we desire, we open ourselves to new forms of desire, not beyond, but through its flatness and opacity. What Visible promises is not the ability to reunite with some truth outside the image: the idea that we can go through the imaginary to unite with the real is the most dangerous fantasy, as Narcissus has shown us. We are not in Plato’s cave; there is no outside of representation to which we can escape. Nevertheless, with Visible we are invited to recognize the hypnotic spell that our narcissism perpetuates and find solace in the emptiness on which it is founded.

Our illusions may not be real, but they have material effects. Their promise takes hold of us, binding us to what Jonathan Beller has called the “attention economy.” Central to the production of value in neoliberal capitalism, the appropriation of our attention and harnessing of our desires through screen-based media drives the Narcissus in us all. The realm of the imaginary is the primary factory of ideology, according to Louis Althusser. Rather than understanding this ideology as a “false consciousness,” Althusser used Lacanian psychoanalysis to help us understand that “ideology represents the imaginary relationship of individuals to their real conditions of existence” (109). If we cannot hope to get out of ideology, at least we can start to recognize that we are in it. Gilles Deleuze and Felix Guattari famously claimed that capitalism produces a kind of schizophrenia that pervades our experience of reality; yet contemporary capitalism simultaneously cultivates our narcissism, a destructive attachment to a unified and idealized version of ourselves that compensates for our fragmented existence.

After Narcissus drowns in his glassy reflection, he is transformed into a flower that grows along the marshy banks that he once used as his viewing platform. Like all of the figures in Ovid’s epic tale of metamorphosis, nothing is either truly created or destroyed, but is always in the process of becoming. Loosening our attachment to our reflection, Visible is a tool that allows us, perchance, to make space for our own transformation towards new modes of being that look nothing like us. Giving into the desire to lose ourselves need not be the self-destructive act that it was for Narcissus.

Morgan Adamson is Assistant Professor in the Media and Cultural Studies Department. She received her PhD from the Cultural Studies and Comparative Literature Program at the University of Minnesota in 2011, and was an ACLS New Faculty Fellow at Duke University in 2012-2013. Her teaching interests include film and media theory, documentary and avant-garde cinema, critical theory and cultural studies, film and video production, and critical political economy. Her research focuses on the intersections of financial capitalism and culture, particularly visual culture, and she has published essays on this topic in a number of scholarly and popular venues, including South Atlantic Quarterly, Film Philosophy, .Ephemera, and Polygraph.

She is currently working on a book project that examines aesthetic resistance in the cinema of the New Left in the context of the crises of industrial modernity and the financialization of capitalism in the late 1960s and 1970s.